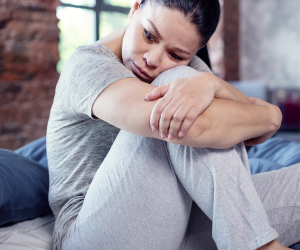 A Quick reflection on Sodium and Potassium and the nervous system

Disturbances in sodium and potassium metabolism are commonly seen in psychiatric patients. Even minor disturbances can contribute to emotional changes, which may be reflected clinically as depression, phobias, withdrawal, repression and indecision; depending on each individual mineral pattern and other factors such as chronicity, inherited inclination, etc.

Aggressive behaviour, hyperactivity and anxiety are all associated with low tissue calcium and magnesium relative to sodium and potassium. Decreased tissue calcium is associated with neuromuscular hyper-excitability. Many symptoms of anxiety neurosis are identical to those seen in patients with hypo-calcemia.

We have reason to believe that the mechanism behind anxiety neurosis is overactivity of the central nervous system and adrenals. Both of these can increase calcium and magnesium loss from the body and increase tissue retention of sodium, potassium and phosphorus. These excitatory minerals will speed up the nervous system and with no help from the sedative minerals Calcium and Magnesium the calming processes fail, resulting in anxiety.

Symptomatic manifestations of sodium and potassium deficiency may include severe depression, apathy and schizophrenic syndromes.

A good example of this is shown in post-operative patients – a psychosis can occur as a consequence of administration of Sodium Chloride solutions or low Potassium dextrose. Normalisation of the balance between these electrolytes can reverse these psychiatric symptoms rather quickly.

The endocrine and nervous systems’ response to stress, either physical or emotional, is well known and has been described in the “fight or flight” mechanism.

Sorry, the comment form is closed at this time.